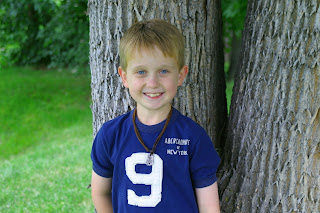 This boy is feeling a bit under the weather.
He came home on Friday night, sporting a wicked headache, and he was perfectly content to lay motionless on the sofa, doing nothing. Yes. Doing nothing. At our house, this is a clear indication that all is not well, because the boy is never content to do nothing. So we missed the high school football game, as Hubs and I pretended to be responsible parents, and everyone knows that responsible parents would never trudge up to the stadium with their blankets and sweatshirts when the little man isn’t feeling well.
Saturday dawned much the same for us, as the boy still had his headache. Since he didn’t have any other horrifying ailments to go with the headache, we did make a bed in the back of the Suburban for him, and we went to help my mom clean out her garden plot.
Hello, muscles that I didn’t know about! I thought I’d used all of you last weekend, moving furniture for our friends, Amy and PH, but these muscles who are complaining after all the shoveling are new ones!
It took Hubs and I exactly nineteen seconds to come to the conclusion that neither one of us would have survived as farmers in the 1800s. You know, when you had to actually do a lot of manual labor to plow up your fields, because the wonderment known as the gas-powered rototiller hadn’t been invented yet.
The garden plot was eventually cleaned out, all the dirt was turned over by shoveling it, and we returned home, with the boy and his headache, and we simply layed on our sofa, doing nothing. All of us. Because, even though the boy has no concept of being motionless, his parents sort of do.
And although I wanted nothing more than to have the TV set to HGTV, and Hubs wanted nothing more than to watch a recorded episode of Glenn Beck, the boy won out, and we all watched “Phineas and Ferb.” (“There’s a hundred and four days of summer vacation…”)
Clearly, the party was getting started at our house, and things got even better when Hubs announced that he was going to go blow the sprinklers out, thus ending my summer love affair with my underground watering system.
The TV watching and the sprinkler work went on and on, until we just couldn’t stand it any longer, and we went to bed.
Today, I went to church by myself, as Hubs stayed home with the boy, and then it was back to loafing around the house, until the boy announced at 1:30, “Mom, I feel fantastic!” And he began to bounce around the house, until the sheetrock threatened to be dislodged from the walls. I was so glad to have him back to his usual self, and life was looking up…
…until 5:30, when his temperature hit 102.8. And everything sort of went downhill from there.
He’s been asleep since 6:30. In his bed. With his red cheeks. And I imagine that tomorrow will be spent on the sofa as well.
Finally. The boring blog post is finished. I simply had nothing tonight. My creativity spilled out my ears during the “Phineas and Ferb” marathon on Saturday. Oh, the joy that is the DVR. We can record every episode and watch them time after time after time…