We have had a weekend.

A weekend of the Most Fun Variety (capitals denote the importance of this particular title). In fact, I’m quite certain that the only events which would have qualified the weekend as being any more fun than it was would be if Hubs and I packed the boy up and took him to both Lego Land and Disneyland.

On account of the boy has some Desires (capitals, once more) to visit those places.

The boy’s good friend, Carter, came home with us at 3:00 on Friday, when their teacher released them from a hard week’s worth of work, and his own mama came to collect him about 9:00 tonight (Sunday). Carter’s parents were out of town this weekend, and we became his faux parents for many consecutive hours.

The amount of consecutive hours that equals two and a half days.

To say that these boys had fun would be a gross misrepresentation of the weekend. The boys had some serious fun, and I’m not sure that there was ever a time when at least one of them wasn’t adorned in various articles of clothing out of the boy’s enormous dress-up box.

They swam. They played video games until their gray matter oozed out of their ears. They played outside. They played in their costumes. They ate every box of Kraft Macaroni and Cheese that could be found in my pantry. They ate an entire medium cheese pizza in one sitting. They drank approximately a gallon of chocolate milk. They didn’t sleep. Much. They went to church with toothpaste on their chins and shirts. (I noticed this after we’d already arrived at church. Naturally. At least their dentists will be proud that they brushed.) They ran over a mile in the indoor play land tubes. They ran until sweat dripped down their foreheads and cheeks. They threw back their heads and laughed until their sides hurt.

Hubs and I have laughed ourselves, at all the craziness that these boys have dished up. Some of their comments over the weekend were priceless, and I’ve tried to remember every funny conversation that I was blessed to overhear.

These, in no particular order, are the Best of the Best in Weekend Quotes.

1. “They should make a hockey game for the PlayStation 3 that’s just fighting. Like, you wouldn’t even have to play hockey in it; you’d just fight each other. You know, it could just be a great big fight on the ice, and all the players would bleed.”

I think, boys, that they actually have these video games, and they’re called boxing games.

We have a Don’t-Ask-Don’t-Tell Policy at our house. If Mama overhears a comment shouted out with such genuine surprise over something actually working, she doesn’t ask what just worked. And, in return, little boys don’t tell me what just worked. This way, Mama doesn’t have to worry that someone may be endangering his little life.

3. “You’re going to have to give me a Mountain Dew or something; I’m starting to fade.”

4. “Cool! My mom NEVER lets me have these!” (I’d just blessed him with an Arctic Freeze slushy from the Dairy Queen.)

“What? Ohmygoodness! She doesn’t?”

“I mean, she never lets me have these when it’s DARK outside, and it’s not dark right now, so I don’t think that my mom will be mad at you. She never wants me to drink all of the sugar that’s in one of these, right before I’m supposed to go to bed though. But since it’s not dark, I think we’re okay.”

Note to self: No Arctic Freezes when it’s dark outside. Ever.

5. “I think I swallowed a bunch of pool water.”

“Gross! Do you know what’s in pool water?”

6. “Man! The Velcro on my swimming trunks came undone, and I almost lost them in the pool, but, thankfully, I can grab things really quick, so I managed to keep them on. Isn’t that great?”

You know, that is really great. Because this is not a pool for skinny dipping.

7. “I don’t think I’ve ever worn spurs with a Star Wars costume before.”

8. “Oh my gosh! I KNOW why you’re taking us swimming! It’s because you’re a grown-up, and you KNOW that swimming wears kids out, and you want us to get all worn out, so that we’ll go to sleep earlier! I know it! But guess what? We’re totally staying up until 2 AM, and your swimming plan won’t work on us!”

Oh, but it did, boys. Unless, by the phrase 2 AM, you totally meant 9:30 PM, because, as I recall, you were both out like broken light bulbs at 9:30 on Saturday night. This was probably due to the fact that you both stayed awake until nearly midnight on Friday night, and I took you swimming on Saturday afternoon! Did I ever tell you that swimming tends to wear little boys out?! 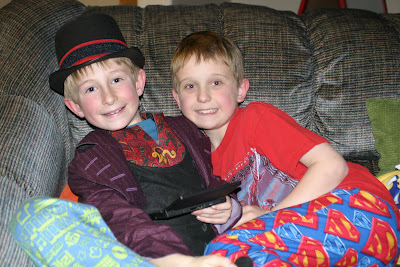 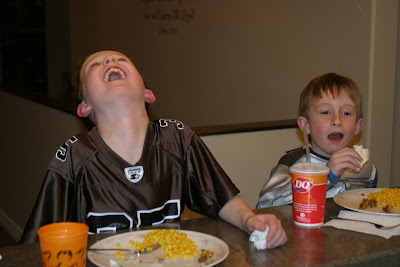 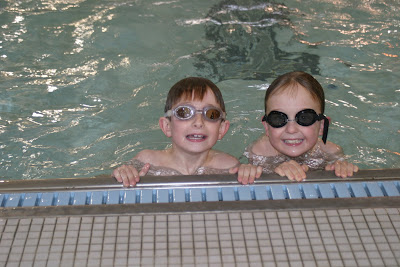 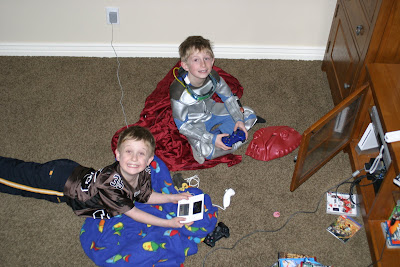 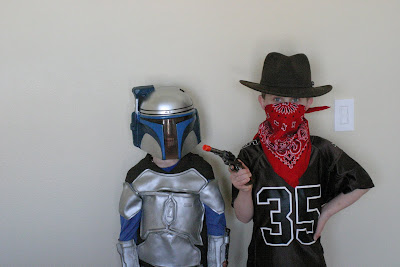 It was a great weekend, people. Hubs and I love our little man, and we adore his buddy, Carter.
And I’m going to be fading fast here, if someone doesn’t give me a Mountain Dew or something.
Mama needs a nap. And Mama needs that nap to last for about nine hours!