Did you hear the Good News?

Jesus arose! And the tomb is empty!

And Lent is over!

People, I did it! The last time I had a cup of anything from Starbucks was in February. It was the Tuesday before Ash Wednesday. It was six long weeks ago.

By default, Hubs gave up Starbucks for Lent, too. We’re not Catholic; we’re just plain old Baptists. This did not sit well with him. He said he felt bad going to Starbucks, when I couldn’t. And then he announced to me that if I ever decide to give up Starbucks for a lengthy bit of time again, he’ll divorce me.

Uh-huh. This statement coming from a man who hates to cook and do laundry, and let’s not even talk about his utter lack of enthusiasm when it comes to cleaning bathrooms. He needs me, people. I complete him.

Hooray, Hubs! Order a grande, sugar-free, skinny, vanilla steamer with whip, please, and thank you, for me! 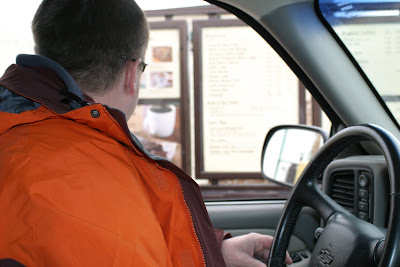 Isn’t that sign pretty?! The people behind us in the drive-thru probably thought there was a mad woman in the Suburban in front of them, as she was happily snapping pictures of Starbucks’ roof and sign. 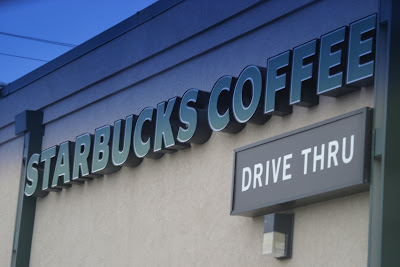 This was Hubs’ first mocha since Fat Tuesday. He was very pleased to have this venti cup before we went to church yesterday. He wanted to go back to Starbucks after church, but I told him that would just be flamboyantly extravagant. Hubs didn’t care. 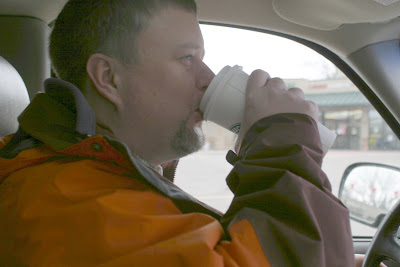 This morning, we went back to Starbucks for Round Two, Post Lent.

This morning, Hubs and I sat at a little table inside, and Hubs went to work an hour later than he normally does. Apparently, Mama was on a date, and that, my friend, changes everything. Hi. I’m Date Mama. Nice to meet me.

I’m sorry. If you missed last week’s episode of The Office, that last quote will make no sense to you, and you’re probably thinking that I’ve been inhaling the fumes of too many cleaning products today. You’d be right, on that one. I used some Clorox and did a little scrubbing at home today. But if you actually saw last week’s episode, then you’re probably giggling rather loudly right now, as you remember Michael Scott realizing that he was on a date at the pool hall. I’m giggling to myself, just thinking about it.

Date Mike may be my favorite character on The Office yet.

Oh, I kid. I take that back. No one can replace Dwight Schrute, in my book.

But truly, Hubs and I had an hour-long date this morning at our very favorite coffee house. We introduced ourselves to the new staff, as there was (gasp!) two girls working behind the counter, and we didn’t even know them! And we chatted with Chris. And Becki. And Kris. And Julie. And Pam. And I think those were the only people we knew in Starbucks this morning. Clearly, things were slow down there today.

Oh, and also? Starbucks has new coffee mugs for sale on the display shelves, the likes of which Hubs and I haven’t seen before. Because we haven’t been in there for six weeks. Because of Lent and all.