Little boys are so much fun. I love them.

While we were on our mini vacation this last weekend, the boy said to me, “Mom, I sure wish that Dad could build us a house out of mammoth bones and hide. That would be the coolest house ever, if we’d lived back in the time of the mammoths!”

Yes, Boy. And Mama could wear her bearskin coat, and she could cook a saber tooth tiger over an open campfire, which she made by rubbing two sticks together, because the wonderment of an electric lighter wouldn’t have been invented, and I could defend our savory dinner from the short-faced bear, whose middle name was Vicious, and let’s not even talk about the gigantic prehistoric snakes I would have had to deal with, or the fact that I wouldn’t have had a hairdryer or many teeth. And then we could have all endured the harsh winters on the plains, with no Styrofoam insulation or gas furnace or Starbucks, and Mama would have had to worry about Daddy going out to kill the mammoths, who were roughly eleventy-eighteen times as big as he was. So yes, other than THOSE things, it would have been a total blast to live in a house constructed solely of mammoth bones and hide, way back when.

I don’t think a little girl would have been charmed into thinking that a mammoth bone hut was something that she would have wanted to live in, unless it was on the fourteenth green. 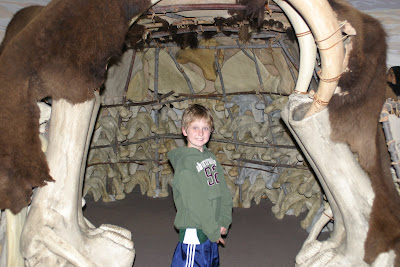 But one of the very best-est things about little boys is simply this: Their shoelaces are constantly untied. Constantly. As in…All. The. Time. And I love it, because I think it’s adorable and totally sweet, and I don’t ever want him to grow up enough that he actually remembers to tie those laces, without being told to do so. 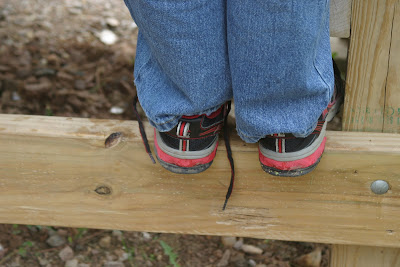