The sky was a bit cloudy today, and that meant sweet perfection for a photo shoot. Cloudy skies don’t create a lot of harsh shadows for beginning photographers to fight. Or photographer-wanna-be’s. Or whatever.

I scooped the boy up from school today, and we headed out to take some snapshots. I wanted to play a bit more with the camera, and I’m still trying to capture that one photo of the boy which will be worthy of an enormous canvas in our house. He doesn’t really cooperate with photo shoots very well these days.

While snapping pictures of the boy today, it suddenly dawned on me that the reason that most super models are girls is simple.

Cindy Crawford, Claudia Schiffer, Gisele Bundchen and Alessandra Ambrosio never, ever behaved like this in front of a camera, and their good manners catapulted them to stardom. 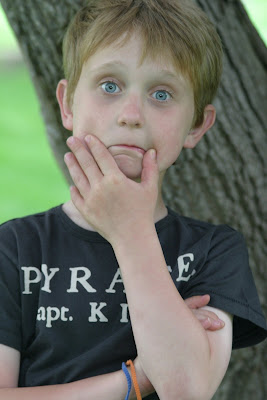 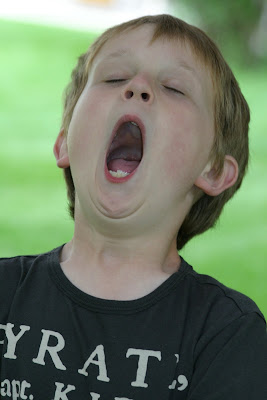 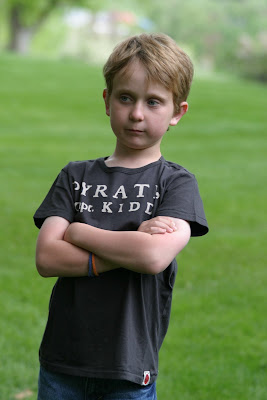 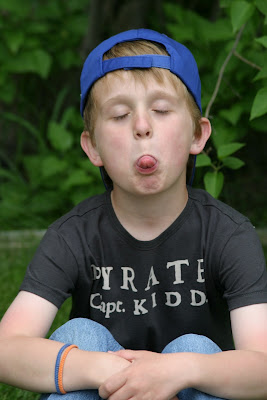 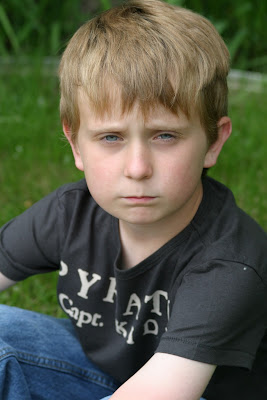 After I had ripped all of my hair out in frustration over the total nonchalance of the boy’s poses, we came home and changed clothes for the first baseball game of the season.

After a losing soccer season, this was quite a treat tonight. 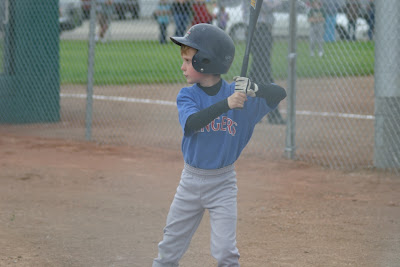 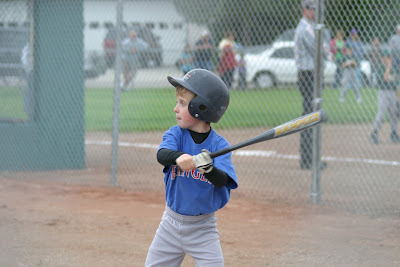 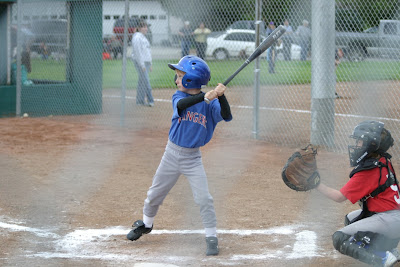 I had to snap pictures tonight through the fence, so there are blurry fence wires in all of them.

All of the boys on our team batted twice tonight. The boy (our boy!) managed to rock one over third base tonight, which earned him a single. During his second time up at bat, he shot one out to the center fielder, who was fifteen years old. Or rather, he looked like he was fifteen. Mr. Six-Feet-Tall-Already-But-Still-In-the-4th-Grade snagged the boy’s hit after one bounce and threw him out at first, by the hair on his chinny-chin-chin. The boy, as UN-big as he is, had a hard time beating Paul Bunyan’s throw.

The boys had a great time tonight. They stomped and cheered in the dug-out. They practiced spitting. They all bought sugar at the concession stand.

And I even convinced the boy and his buddies, Jaron and Enzo, to smile for the camera after the game had finished. With grins like these, they may just be able to give Gisele and Alessandra a solid run for their money after all. 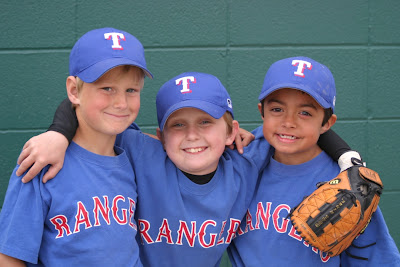