No. Who’s on second; What’s on first. 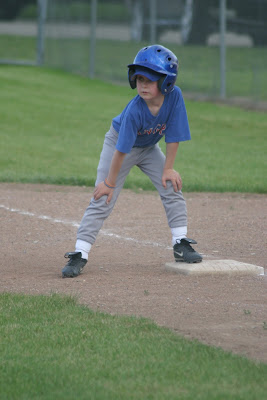 And the other team? Well, they put three boys on three different bases, and then Goliath came up to bat. And he hit a triple. And the other team scored. Bing. Bing. Bing. And one of the mothers in the stands summed it all up by saying, “I think that boy who just batted drove himself to the game tonight! He looks like he’s sixteen!”

Only he was ten. For real.

And then that pretty much sealed up our loss.

No matter. The wind started blowing, good and proper, at the tail end of the game, and sand and dust blew into everyone’s eyeballs. The Rangers were more than ready to just be done, shake hands, and head home to get the grit out of their eyes.