Last week, the boy announced, “Mom, I finally know what I want to be when I grow up.”

The boy has wanted to be a lot of things over the years: an astronaut, a street sweeper driver, a Sith Lord, an artist, an architect.

Last week, though, he told me, “I just want to be a millionaire when I grow up, Mom.”

Hubs and I are all for this newfound career passion, simply because the boy has been eating like a combine in a wheat field. He just mows the food down, barely pausing to taste what he’s shoving into his mouth. He eats more than Hubs does most nights for dinner, and if he goes sixty consecutive minutes without wailing, “I’m starving!” we consider a miracle to have passed.

The boy has visited his pediatrician twice in the last five weeks. And, in the course of those five weeks, he has inhaled food quicker than my central vacuum cleaner can pull the nails out of my sub-flooring, and he has decided that sleeping for twelve-hour shifts at night is actually the way to go. I suspected that a growth spurt was underway, and I seriously should have pursued a career in the medical field, because I can really diagnose things.

In five weeks, the boy has grown one inch and gained six pounds. His goal of reaching 60 pounds before he was a high school freshman has been achieved and surpassed. Last Friday, he stepped on the scale at Dr. B’s office, and he sighed with pleasure when she told him, “Sixty-six-point-one pounds.”

A tank who’s still in the 15th percentile for both height and weight, even after the one-inch-and-six-pounds-in-five-short-weeks achievement. Dr. B told Hubs and I to keep feeding him. She said that he’s still a scrawny little runt.

All of his jeans are now too short.

Clearly, he’s going to need to be a millionaire to keep his refrigerator well stocked for that appetite he’s brought home with him.

Hubs and I, though, think we’re on to something.

We sent the boy off to a week-long fly fishing class, with some of his buddies. 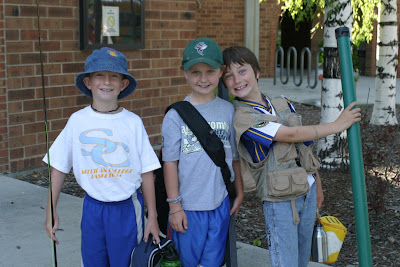 Buddies like Carter and Patrick and Isabella and G and Kellen and Henry and Devlin. 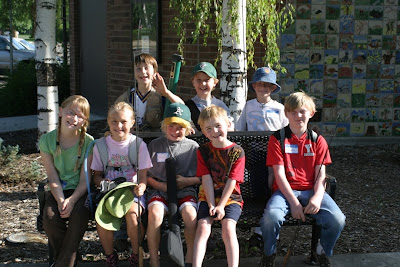 And, for the first time ever (with a fly rod borrowed from Hubs’ little brother, Brother Joel), the boy tried fly fishing.

And he loved it.

He came home and announced that he doesn’t care if he ever goes golfing again, because he wants to spend his entire life fly fishing in creeks and rivers around the world. (This is where that career of being a millionaire will truly come in handy.)

After he came home this afternoon, he spent another hour and a half in the cul de sac, practicing his casting. 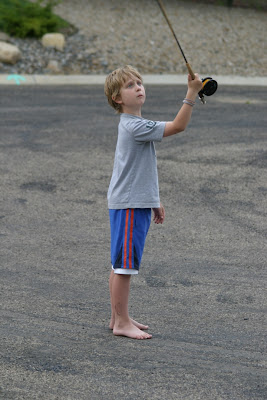 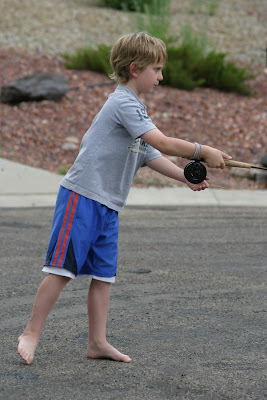 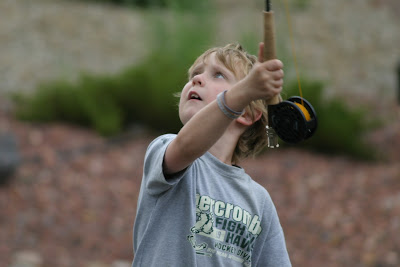 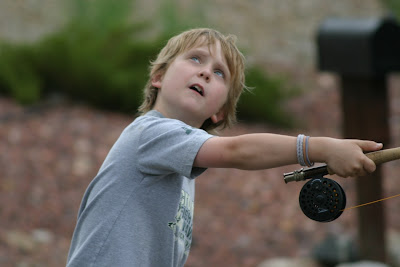 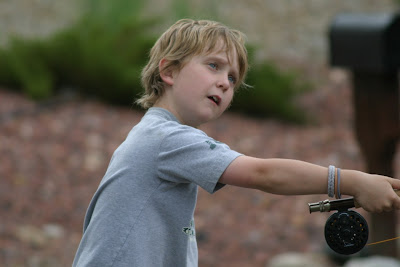 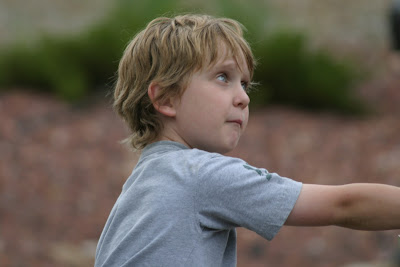 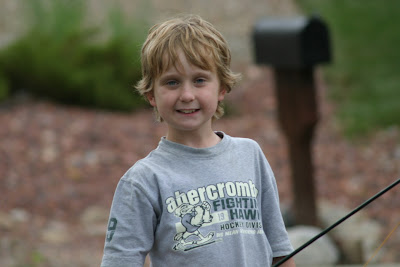 And now…well…this little Davey Crockett can just start fishing for his dinner to fuel that gigantic appetite!