One of them can eat three hot dogs for dinner. And three helpings of potato chips. And three cookies. And then he’ll still ask, an hour and a half later, “Do we have any pie?”

One of them can burp his entire alphabet. And he’s proud of it.

One of them can ride a horse better than any cowboy could ever hope to do.

One of them exclaimed the other day during a video game marathon, “Well, I’m not a very good tank driver, but I can drive a camel better than anyone in that game!”

One of them can smack a golfball into the sunset.

They can both stage a sword fight with sticks. And plastic swords. And light sabers.

They both have moves during a sword fighting event which could spring them to Olympic levels.

They both love Jesus.

They both love to be dirty.

They both wear socks with holes in them and don’t seem to care.

They can also both look rather nutty in front of a camera.

And I’m not sure that either one of their mamas would part with them! 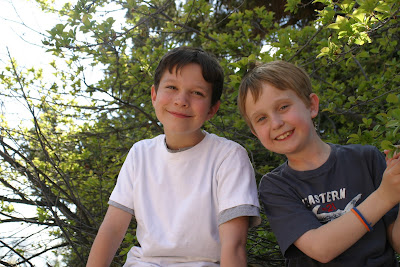 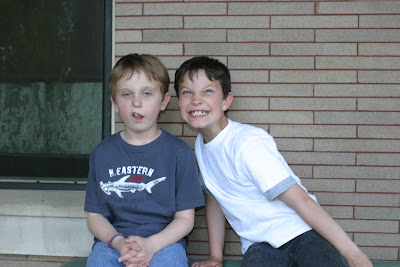