Do you see this small boy? This small boy without much hair? Hubs talked me into buzzing it off. He was four years old. For the record, it took six months for the boy to regrow that hair.

Four. Years. Old. I thought that he was horribly old at four; it had been the fastest four years of my life. The boy was no longer a baby when he was four. He could walk and talk and build elaborate structures out of Legos already. 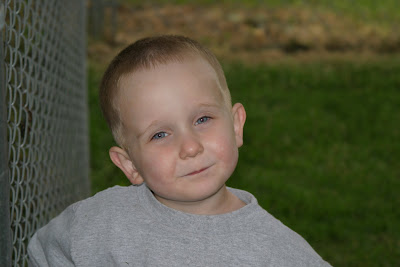 And then the little punk started preschool. He donned his backpack, he waved good-bye to me, and he never looked back. He was thrilled to be heading off to a land of little tables and little chairs, where he had graham crackers and apple juice every single afternoon. I sobbed when I sent this little four-year-old to preschool. Sobbed, people. 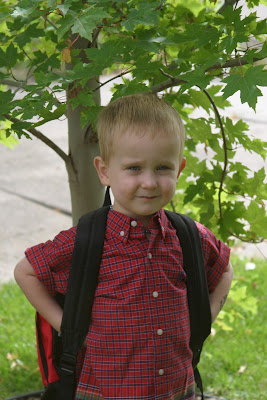 Today, the little punk is no longer four years old. He’s nine. And a half! And he can hang upside down from jungle gym equipment. He’s far more interested in the raw sugar cane plant than in graham crackers and little Dixie cups filled with apple juice. He can multiply large numbers. He can read large words. He can build enormously elaborate structures out of Legos and program them to do things with a computer. And he just finished the third grade today. 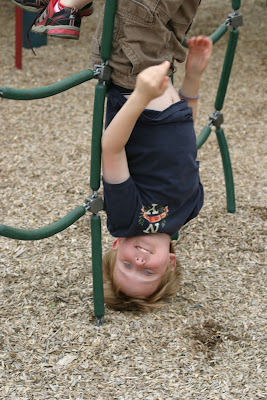 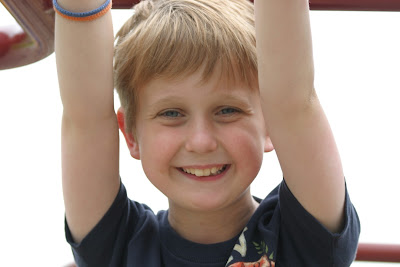 And Ben? Ben sort of whooped and hollered with sheer, unadulterated joy at having finished third grade, and he was enormously thrilled to be released to a long summer vacation. 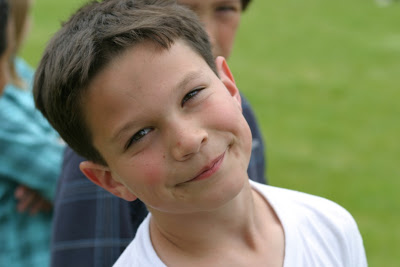 And the boy’s friend, Ciara? She wore a beautiful dress today and looked as cute as a bug’s left ear. I think she was a little delirious with the thought of having an entire summer stretched out in front of her, too. 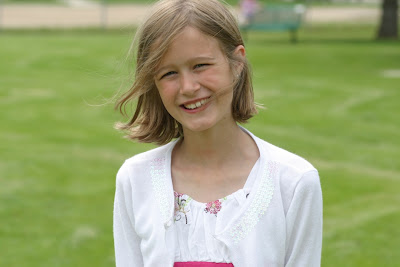 And Hubs? Well, he stopped by the park, where the entire third grade (all three classes) were involved in a rousing game of kickball. I snapped his picture as he showed up. He had no idea I was snapping his picture. None. I’d like to entitle this snapshot, “Step aside. I’m from Security! I’m actually a Navy SEAL who just dropped out of a helicopter and swam here.” 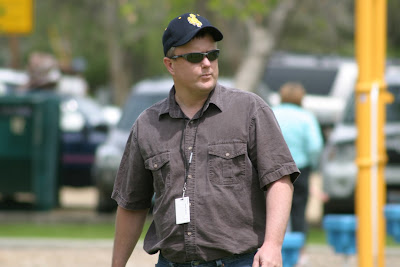 The kickball game went on for most of the afternoon. Every single 3rd grader was dripping sweat and gasping for bottles of water. 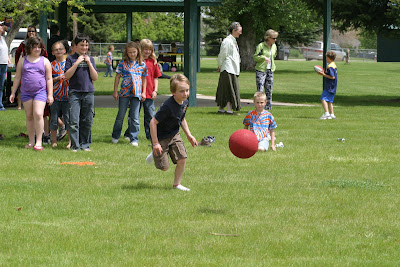 Eventually, I got the boy and his buddy, Kellen, to hold still for a Kodak moment. 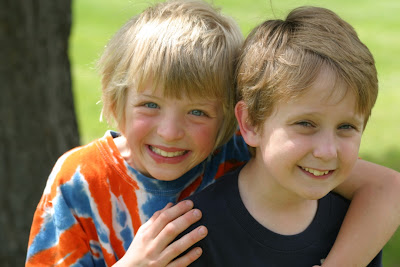 And then I got the boy and Carter to smile nicely, and I didn’t even have to bribe them! 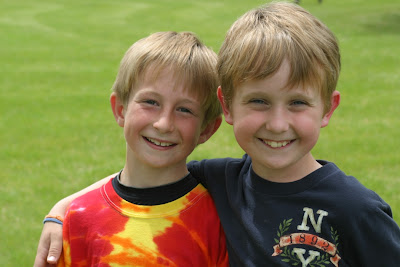 And then they cut loose and acted like their normal, punky selves. I don’t think that Carter’s mom and I have to worry much about our boys actually securing dates for themselves. No girls would pick them! 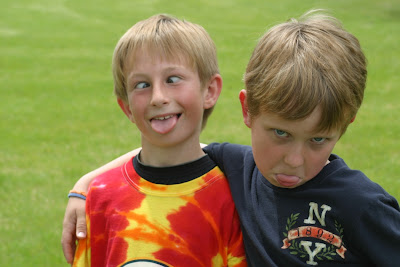 And then, because we’d only spent three hours at the park with the entire third grade, a bunch of moms whipped back to the park after school was out, where we let the kids play for another hour or so. We’re all about Park Exhaustion at our house. 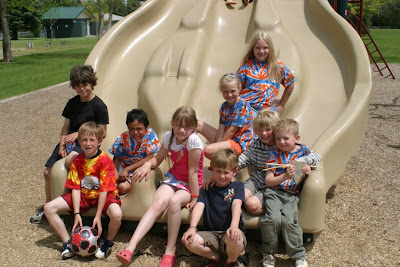 And then, it was time to give up our time at the park and head to piano lessons, because, even on the very last day of the third grade, real life happens.

And this pack of punks? Well, they were all powerfully sad this afternoon, and they all shed some tears, because none of them were ready to leave Mrs. S behind.

But by 4:00 this afternoon, they were all talking about the fact that, “Hey! It’s not a school night, so we can stay up late!” And I think that this little fact got them through the rest of the evening.

That and the small fact that we hopped them all up on Dairy Queen treats, and none of us moms even made a single request that anyone get a piece of fruit with their ice cream. 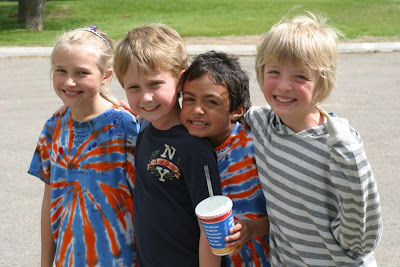 Welcome to the 4th grade, Boy. Dad and I can’t believe you’re actually old enough for the 4th grade. Or tall enough, for that matter.

1 thought on “Tales of a Fourth Grade Something”