I am falling asleep at the computer keyboard.

Because of this, I am offering you many pictures tonight, and very little words. I think that my brain’s frontal lobe (where all the reasoning and planning and parts of speech and emotions occur) has already closed its doors for the night, leaving me with thought processes and words that look more like this:

Trying to string anything more difficult than those simple words together is proving rather challenging tonight, so the words…they will be few.

We had golf camp again today. That boy of ours can smack a golf ball. He also has absolutely no sense of time while he’s golfing, and he will continue to smack golf balls, for hours on end, until someone touches his shoulder and says, “Dude. Class is over.” 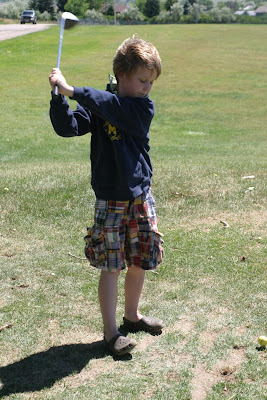 It was windy today. VERY windy. The boy’s sweatshirt billowed a little. 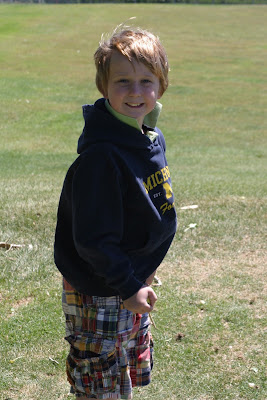 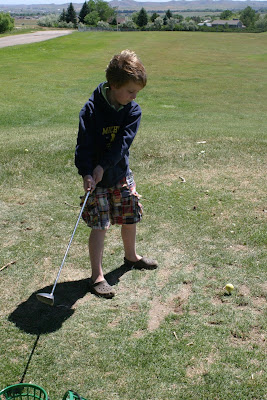 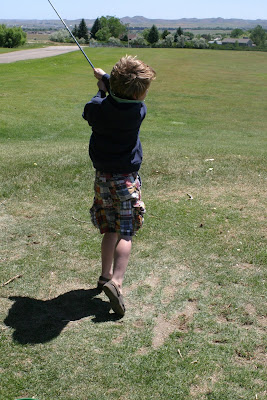 And then, doing a one-eighty (because that’s how I roll), I couldn’t resist plopping this photo into the blog tonight. This is Cat 1 and Cat 2. They don’t like one another. At all. They keep their distance. They eat out of the same dish, but they have different assigned eating shifts, so that they’re not both present for the Meow Mix at the same time. And today, when the boy and I walked in our front door after golf camp, this is what we saw. As far as we know, this is as close as these two beasts have ever been to one another, so we documented it. Forever preserved, digitally. 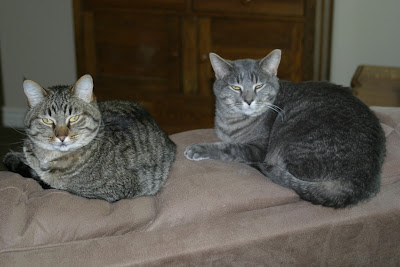 And because we try to cram as much fun into a day as possible, Hubs and the boy and I met Cody and G at the carnival tonight. When you’re an only child and it’s Two-Kids-For-The-Price-Of-One Night, you need a friend.

I just have to say that the Ferris wheel freaks me out a bit. And by a bit, I mean that Cody said to me tonight, “I wish I’d thought to bring you a Valium tablet tonight.” I am not a fan of the Ferris wheel, so imagine how much adrenaline surged through my body when I was messing around with the settings of my camera, and one of the carnival workers dropped a giant bench off of the Ferris wheel’s start-up platform onto the ground! Out of my peripheral vision, I saw an enormous bench fall. My brain registered this: Accident! Cart! Fell! Children! Injured! My adrenaline had surged, so that I’d have enough strength to lift the broken mechanical pieces off of the children underneath, not faint at the sight of the blood and carnage, and single handedly throw them over my shoulder and run with them to the hospital.

I nearly fainted with relief to realize that one of the carnival workers just wanted that bench off his platform, so he pitched it over the side, where it landed with an enormous thud. And the children were all safe. 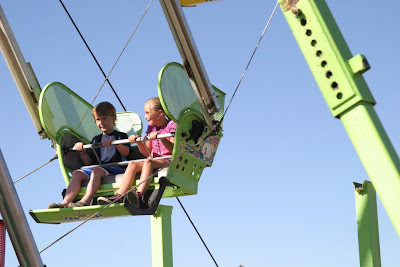 And this next little ride was a giant swing, which swung like a pendulum. Back and forth. Back and forth. Higher, and higher, and much, much higher. The boy and G screamed and threw their arms into the air like King Julian, as they howled with delight.

And it made Mama sick watching them. And this ride? Well, I was quite content with this one, as it appeared far less dangerous than the Ferris wheel. Mama has some life issues with the Motion Sickness, and watching carnival rides triggers the issues greatly. And it makes me sick. And also nauseated.

Yes, I’ll just raise my hand right here and own it. Own it for life. Motion sickness can easily settle on me just! by! watching! carnival rides! Imagine what would happen if I ever tried to (gasp!) board one and take a spin?!

Thankfully, my friends Mary Kay and Courtney were standing nearby, and when I had to look away from the ride and sheepishly announce that I was getting a little queasy, Courtney said, “Oh! But I have Dramamine! Take one! I can’t watch rides either, so I’ve already had a couple for dinner, and I’m doing fine now.”

So Courtney offered me a Dramamine out of her purse, and I did partake of it. I was just relieved to be in the company of a kindred spirit.

And also? Courtney failed to mention that this was the kind of Dramamine which may cause marked drowsiness, so please do not operate heavy equipment or try to drive your Suburban home while you’re hopped up on one, because…hello! Much dangerous!

It’s also the reason that my frontal lobe has already checked out and shut down for the night, and why my entire cerebrum is going to experience a lights out episode soon.

People! The Dramamine did the trick. And I feel a little like a drunken, tired sailor at the moment.

But the words? The words which I said were going to be kept to a minimum? Oh, they just keep coming.

But really? Can you see the delight on the boy’s face as he rode the enormous, swinging pendulum? 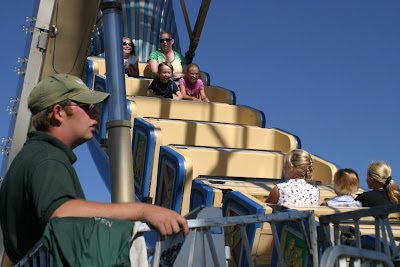 And the swings. The boy, rather absentmindedly, had not fully and properly adjusted the safety bar on his swing. Thankfully, he had G right in front of him, who turned around and said, “Listen, Boy! Are you planning to fall out and break your neck before 4th grade starts up? Use your noggin! Enable the safety bar and remain in your seat at all times, or, so help me, I’ll come back there and break your neck myself.“

Also? Looking at this picture reminds me of Sally Fields in Steel Magnolias.

Why, it looks like the entire carnival was hosed down with Pepto Bismal. 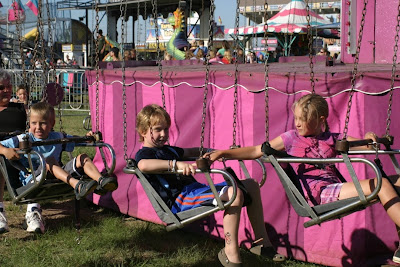 And then look at the cool driver and his passenger. It was like he was saying to the other cars on the ride, “Hey! Do you want to race? My dad said I could bet up to fifty bucks!” 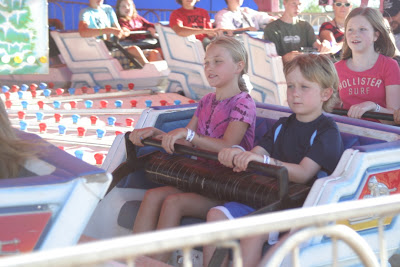 And here we have such a happy little camper. Unfortunately, while the kids were on the Tilt-a-Whirl, my Dramamine had not yet started to work, and I nearly had to sit down on a dirty bench to hang my head between my knees. I wanted a paper bag to breath into. 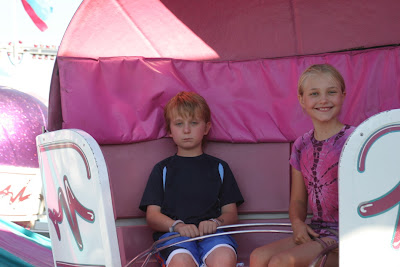 When G could not take any additional rides on the swinging pendulum, she ran off to the House of Fun, so the boy’s cousin hopped in the cart with him. R showed the boy that if you sat in the very first seat, you would be that much higher when it swung up. R is a professional carnival rider, while the boy is a mere novice. He was delighted to have learned this little trick from R, too. It completely made his night.

Just look at R grin! Isn’t she darling? I love that girl! 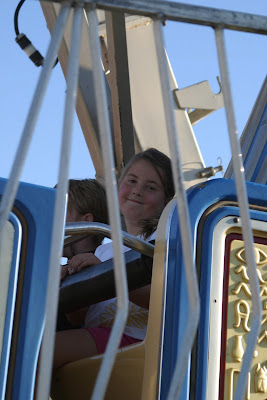 So after shutting the carnival down (which means we were there for exactly two hours), and after the boy and G got temporary, lasts-for-ten-days tattoos on their ankles (which G talked him into, and which Hubs and I pray is only a one-time thing, and that the little lady won’t talk him into the permanent kind in another decade), we had some Taco Bell take-out in the park, because Hubs and the boy are very fond of the 89-cent, five-layer burrito.

Cheap goodness, as Hubs calls it.

And now I’ve got to check out, before the Dramamine just smacks my head down, face first, on the desk here.

And that’s a good thing. And also? I am really looking forward to the drowsy side-effects tonight, in bed!